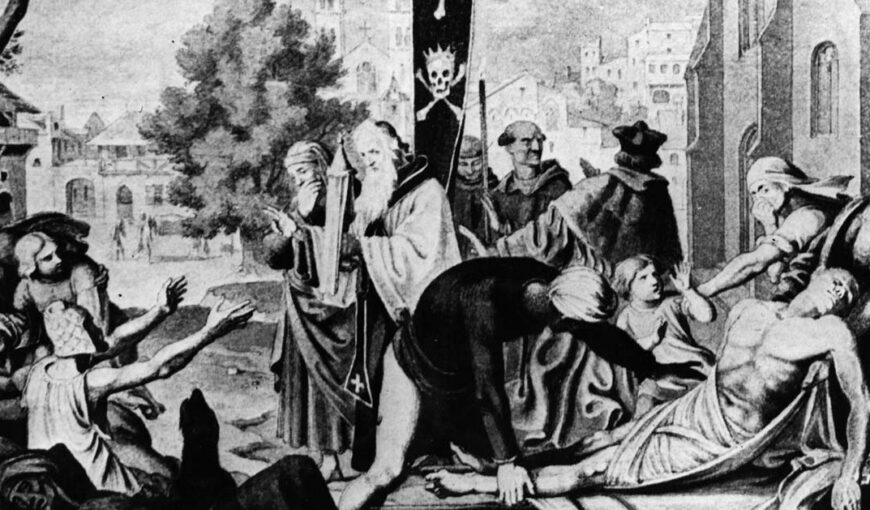 Between 1347-1351 AD that the plague lasted, upto 200 Million are expected to have lost their lives – almost the present total population of Brazil.

When people got infected with the plague, they are reported to have large black tumours on their body and when they died, they released a putrid pus that made their dead bodies look worse than zombies.

In some cities, more than 90% of the population got infected and died. There was nobody left to bury the bodies.

Here is how the plague impacted the people and the economy:

While the mortality rate of COVID-19 is thankfully much lower than the Black Plague, we can draw some parallels.